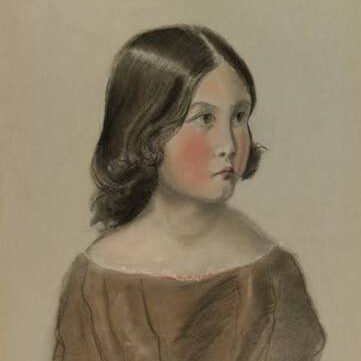 From Sudbury to Windsor – The Lawley Family

The Sudbury Local History Group have been busy uncovering fascinating stories of former parish residents, and have recently come across the Lawley family, whose history spans from Sudbury to London.

Samuel Lawley (1761-1832), was the Head Huntsman for 2nd Lord Vernon’s pack of fox hounds. He and his wife had 9 children that we know of. One of whom was Sam Lawley junior (1788-1870), who lived most of his life in Sudbury as the Park Keeper or Game Keeper. He married Elizabeth Salt, whose family came from Rocester and Rugeley, and were wealthy, having such occupations as Surgeon and Attorney on the King’s Bench at Westminster.

One of the sons of Sam Lawley Junior, was Frederick Lawley. He trained as a Clerk under the Westminster Attorney, Charles Salt, eventually becoming a wealthy solicitor and died a Gentleman in Rugeley in 1879. Another son, Orlando Lawley, became a milliner, or mercer, selling silk textiles in London. He eventually moved his entire family to Manhattan, New York where he died in 1898.

However, it was Sam Lawley Junior’s first son, Henry Lawley, who has the most surprising story. Henry, was born in Uttoxeter in 1815. By the time he was 26 years old in 1841 he was working in Buckingham Palace as the Jaeger to HRH Prince Albert (Jaeger means one attending a person of rank or wealth and wearing a hunter’s costume).

In 1844, Henry married Mary Taft from Derby in Windsor, Berkshire. Henry and Mary lived at Spinners Walk, Windsor (half a mile from the castle). There, they had three children, Laura, Edward and Edith.

The above image is a watercolour of Laura Lawley, drawn by Queen Victoria in January 1851, when Laura was 6 years old.

In both 1851 and 1861 Henry’s occupation is listed as ‘Page’ to Her Majesty the Queen and his wife Mary is the housekeeper at Frogmore House in Windsor Castle grounds. Below is a photograph of Mary Lawley tending Boy, the dachshund of Queen Victoria, on 9th February 1863 at Frogmore. Boy died a few days later on 20th February and Victoria wrote it was a “great sorrow to lose dear little Boy”.

By 1861 Henry’s father, Samuel Lawley Junior, was widowed and had also moved into Spinners Walk in Windsor, three houses away from Henry. Living with him is his daughter, Laura. Samuel is described in the 1861 census as a Landed Proprietor and appears to own land on Balance Hill in Uttoxeter.

On 28 November 1865 Henry passed away at 5 Clarence Place, Windsor, having spent a lifetime in the service of Albert and Victoria. His Probate record describes him as a Gentleman. The Windsor and Eaton Express dated 2nd December 1865 describes his death as “deeply lamented and regretted”.

Henry’s widow, Mary Lawley, lived for another 30 years after her husband’s death and in 1871, 1881 and 1891 her occupation was as the important Housekeeper at the Royal residence of Claremont House in Esher, Surrey. She finally passed away in Islington, London in 1895.